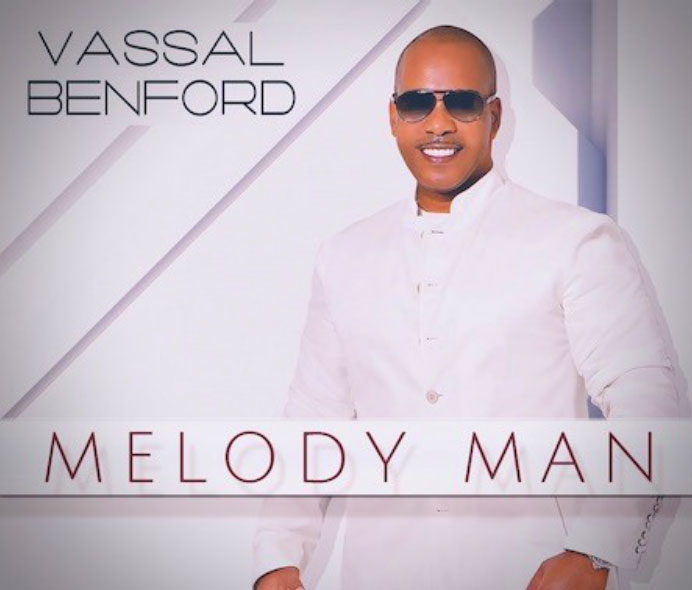 With more than 57 platinum records to his credit working with a galaxy of stars in various music genres, over $150 million in movie box office receipts, and management duties for boxing legend Manny Pacquiao and the estate of blues legend B.B. King, megaproducer Vassal Benford is returning to his roots determined to conquer jazz just like everything else he’s conquered throughout his unparalleled multimedia career. The songwriter and keyboardist is determined to breathe fresh energy and creativity into contemporary jazz, beginning with his first single, “Melody Man,” which goes for playlist adds on Monday (May 23) issued on The Benford Jazz Label.

Benford was sixteen when jazz pianist Ramsey Lewis recorded the song the teenager wrote about his first crush, “Michelle,” which went number one. Two years later, jazz bassist Stanley Clarke produced the second song Benford wrote, a tune that was a cowrite with Grammy winner Jeremy Lubbock, which became another number one hit for Lewis and his duet partner, jazz singer Nancy Wilson.

In recent years, Benford has been drawn back “home,” jazz and instrumental R&B, which sparked collaborations with Grammy-winning guitarist Norman Brown and eight-time Grammy nominated saxophonist Gerald Albright. Both artists are among the luminaries who will appear on Benford’s debut album, “My Favorite Moments,” which is slated to drop next February. But first, Benford wants to introduce listeners to the imaginative collection with a single or two, the first of which is “Melody Man.”

“Melody Man” is an apropos title as Benford pours layers of cascading piano melodies amidst lavish guitar and keyboard harmonies and intricately textured percussion and rhythms. One of the unique allures of the single is that the innovative track sounds unlike anything in the music space yet its invitingly familiar and infectious.

“I wanted to create a song that everybody could remember that also made you feel as if you were watching me in concert. It was intentional the way I wrote this song. The inspiration around it was making a feel-good song for everybody to dance to or to listen to several times in order to ‘hear’ all of the elements in the track. I felt as if the world needed this kind of global music at this time,” said Benford, who changed the structure of the complex drum track multiple times during the mixing process with Billboard chart-topper Greg Manning.

“The reason we changed the drum track is because there’s so many different elements to ‘Melody Man.’ It has a Latin feel, an African feel, a pop feel as well an R&B feel. There are so many distinct phases of music that are entailed in the song itself. The final product turned out exactly the way we wanted by changing the drums four separate times while in the mix.”

Decades ago, music industry titan Clive Davis gave Benford his own joint venture record label and today, Benford is partnered with blockbuster film producer Mark Canton. Together, they achieved box office success with 2019’s “After” and “After We Collided” released the following year. Composing music scores for movies such as “The Running Man” (Arnold Schwarzenegger), “New Jack City,” “Class Act” (Kid ‘n Play), “The Associate” (Whoopi Goldberg), “The Smell of Success” (Billy Bob Thornton) and “Stay Cool” (Winona Ryder) is what fueled Benford’s interest in the motion picture business. He broke color barriers by becoming the first African American to score an animated feature, 2012’s “The Swan Princess.” On the small screen, Benford has crafted music for shows including “Melrose Place,” “Beverly Hills, 90210” and “Fame L.A.”

Benford produced a 2016 tribute concert to Michael Jackson that headlined The Jacksons, Aerosmith, Ne-Yo, Rick Ross and Christiana Milian that was hosted by Magic Johnson at which the multihyphenate showbiz magnate who was born and raised in Detroit, and now splits his time between Las Vegas and Newport Beach, Calif., conducted a 30-piece orchestra. With his sights presently set on jazz, expect Benford to change things up in ways only this remarkable visionary can. For more information, please visit https://www.vassalbenford.com. # # #